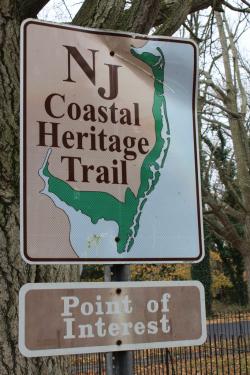 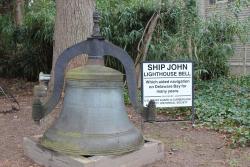 Spotlight on the Bay - Greenwich, NJ

By Shaun Bailey, Marketing and Communications Coordinator, Partnership for the Delaware Estuary

Tourists the world over know Cape May as much for its architecture as they do its beaches.  What they don’t realize is unique architecture can also be found up and down the Delaware Bayshore.  This is especially true in tiny Greenwich, just 60 miles up the road and well worth the trip.

Greenwich Township is a village of less than 800 people near the Cohansey River and Delaware Bay.  English colonists settled there in 1684, just two years after Philadelphia.  However, the village did not sprawl; not like the “greene country towne” William Penn established.  Instead it retained its original charm, which locals imbued in their Colonial and Victorian homes while building ships, farming, and fishing for oysters, sturgeon and more.  Many houses have plaques bearing their year of construction, and some even list the name and occupation of its original owner.

The place to start your tour is Ye Greate Street.  Here you can find many examples of colonial American architecture.  Perhaps the most notable is the Gibbon House of 1730.  This home and its unique brickwork exemplify how English merchants imported their distinctive tastes to the New World.

Behind the Gibbon House is the Swedish Granary.  This is one of the oldest-surviving agricultural buildings in the United States, making it an icon of American farming.  Settlers built it circa 1660 in nearby Hopewell Township.  That’s where it stayed for over three centuries, until its owner donated it to the Cumberland County Historical Society.  That’s when they moved it outside their headquarters at the Gibbon House and Red Barn Museum, making for an interesting trio.

Another interesting trio can also be found just outside town.  These include a floating cabin and its neighboring UFO outside the Bait Box Restaurant (open Memorial Day until Labor Day) at Hancock Harbor Marina.  Believe it or not, the floating cabin may actually be rarer than the model UFO.  Very few still exist today.

Local watermen used floating cabins for hunting and fishing between the mid-1800s and the early 1900s.  Many bunked onboard to stay near migrating shad and sturgeon, as well as marsh-dwelling muskrats.  These boats’ shallow-draft hulls allowed users to tow or pole them around.  They also lashed them to other cabins to form floating, seasonal communities.

Hancock Harbor’s location on the Cohansey River makes it a great place to dock your boat between Memorial Day and Labor Day.  There is even a bike route that will take you from here to Greenwich over country roads, though it lacks bike lanes, shoulders and, thankfully, many cars until you enter town.  You can find this in the brochure entitled “Exploring the Cohansey Watershed,” available at http://bit.ly/1cmiAZx.  Conversely, you can also rent a boat for $100 per day, plus tax.  Either way, you are sure to enjoy attractive views of the 4,400-acre Bayside Tract established through PSEG’s Estuary Enhancement Program.

Greenwich also has many other heritage sites, like the Teaburner Monument, John DuBois Maritime Museum (open Sundays), Cumberland County Prehistorical Museum (open Wednesdays, Saturdays and Sundays) and more.  So take a day, venture to the bay, and explore one of the many towns with a rich history tied to the Delaware Estuary: the historic village of Greenwich.  Your journey begins at HistoricGreenwichNJ.org.

Thank you to Shaun Bailey with the Partnership for the Delaware Estuary for this great article and photographs of Greenwich, NJ.